From PikselProd
Jump to navigation Jump to search

participants of the workshop

collaborators did open the process of the exploration of the context of DIY biologie, DIY

chemistry and sound. An DIY laboratory in the context of the Piksel festival was the main eirviroment for the workshop.

We did spend time out on the field trips to

the fjords and surroundings in Bergen, to collect needed data.

Introduction to research / main topic of the research has been:

We build a lot of various DIY hydrophone with piezo speakers, to try them out on the field trips.

Visualized by Slavko Glamočanin with OpenGL in realtime.

Thanks to http://www.ultranoise.es/ aka Enrique Tomas ] for lending us the professional hydrophone (which we compared to our DIY ones:)

Mareano programme, which records all instances of marine litter that the researchers find

This has little information on the region around Bergen

we are using Sodium percarbonate instead of hydrogen peroxide

Water lab analysis out of the harbour

Fucus serratus (second sample from outside the harbour)

To 1g of each seaweed in a small test tube add: Sample 1: 5ml Fe 5ml Percarbonate 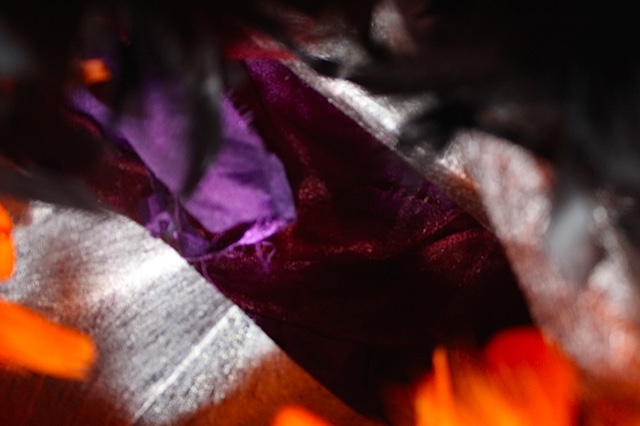 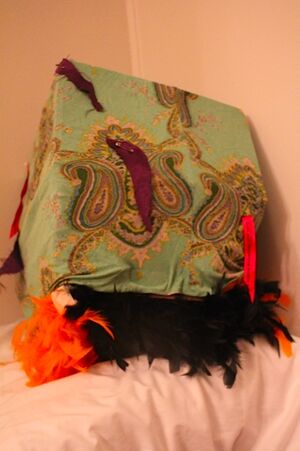 Information from the DIY microplastic experimentation and conversations with researchers from Bergen's Marine Institute, alongside sound recordings from the hydrophone field trips, informed the design of a prototype Coral Empathy Device. The device obliterates the visual, employing sound, pressure, texture and smell to translate messages of anthropogenic marine intervention between the experience of coral in the Norwegian waters and the experience of humans on terra. Liquid to air, coral to human, the Coral Empathy Device prototype is an experiment in interspecies empathy.

When we look up to sky and look into the space and wonder about what is up there, we

sometime forget, that there is a lot still also to explore on the planet we live.

We know more about the space than we know about the world’s seas and oceans,

especially about the sound perception underwater.

ocean, except for the crash of a wave against a land. Whales, shrimp, seals, dolphins, and a

variety of other creatures of the deep live in a watery acoustical ­ sonic environment. The

The workshop / project encourage an inter­relationship between sound, nature, and

society, as a starting point for the rethinking of the possible developed of nicer sonic

environments for the animals living in the world's oceans and sea’s.

reflecting on the sea.

independent by the level of the sonic pollution in the sea. We would also try to research the

deep sea level to understand what is happening there.

World seas and oceans are presenting more than 70% of surface of Earth.

drinking water, which is distributed around the planet very unevenly.

The exploration of any ecosystem requires detailed study and observation. The ocean is the

complex, challenging, and harsh environment on Earth and accessing it requires specially

designed tools and technology. It has only been within the last 50 years that technology has

advanced to the point that we can examine the ocean in a systematic, scientific, and non

invasive way. Our ability to observe the ocean environment and its resident creatures has

we did not imagine them before.

travelled long distances underwater. The sound of ships in the 15th century included the

noise of rudders and rigging, oars and the handling of cargo. Seafaring, while not in its

infancy, was a “life driven” technology; the power of wind and human muscle generated the

only anthropogenic noises in the sea. Over the next 400 years, acoustic technology at sea

reefs to warn navigators and captains away from marine hazards. With the advent of steam

powered engines, the quality and level of noise began to shift dramatically. With the ability to

navigate to, and develop the far reaches of the globe, the use of dynamite and diesel driven

pile drivers began transforming the soundscape of coastal waters worldwide. Once the

increasing exponentially” * (from the Soundscape The Journal of Acoustic Ecology​) and

it started to overtake also the sound scape environment of the animals.

More about the seas in Norway:

Some of references and interesting readings for the context of the workshop:

from the referential journal: Soundscape The Journal of Acoustic Ecology and

The sounds produced by marine animals are many and varied. Marine mammals, such as

such as the oyster toadfish and plainfin midshipman, and some marine invertebrates, such

information about their surroundings. They rely on sound to communicate, navigate, and

feed. Marine mammals, such as dolphins, use sound to locate and identify objects such as

food, obstacles, and other whales. By emitting clicks, or short pulses of sound, and listening

to the echo, dolphins can detect individual prey and navigate around objects underwater.

That's when the world's oceans will be empty of fish, predicts an international team of ecologists and economists. The cause: the disappearance of species due to overfishing, pollution, habitat loss, and climate change.

The study by Boris Worm, PhD, of Dalhousie University in Halifax, Nova Scotia, -- with colleagues in the U.K., U.S., Sweden, and Panama -- was an effort to understand what this loss of ocean species might mean to the world.

The researchers analyzed several different kinds of data. Even to these ecology-minded scientists, the results were an unpleasant surprise. http://www.cbsnews.com/news/salt-water-fish-extinction-seen-by-2048/

Cnidaria ­ jellyfish hearing under the water

acoustic energy and vibration, and how this has enabled them to survive over the eons

at frequencies of 10­25 Hz with estimated source levels of up to 190 underwater dB at 1 m.

the fall and winter months due to blue and fin whale calls.

from the Soundscape The Journal of Acoustic Ecology

From the preceding it is clear that many sea animals use sound in a variety of ways. Some

animals use sound passively, others actively. Passive use of sound occurs when the animal

does not create the sound that it senses, but responds to environmental and ambient

Proximity perception of co­species in school, raft or colony. 4. Navigation—either local or

and currents. 6. Detection of food sources and feeding of other animals. 7. “Acoustic

illumination” akin to daylight vision. Active use of sound occurs when the animal creates a

sound to interact with their environment or other animals in it. Active uses include: 1. Sonic

feeding, including notification and guidance of others to food sources. 3. Territorial and

notify other creatures of the approach of enemies. 7. Long distance navigation and mapping.

(perhaps to startle the predator).

from the Soundscape The Journal of Acoustic Ecology

Arctic Hydroacoustics by H KUTSCHALEI underwater sound are the permanent ice cover and the velocity structure in the water. ... Sounds are transmitted to great ranges in this natural arctic waveguide. http://pubs.aina.ucalgary.ca/arctic/Arctic22-3-246.pdf

Underwater Sound Propagation in the Arctic Ocean by H. W. Marsh and R. H. Mellen Some results of a four‐year experimental study of sound propagation in the Arctic are presented and interpreted. The duration, form, and intensity of waves received at distances up to 1400 km are explained using ray theory and modes, in which source characteristics, refraction, scattering at the ice surface, and bottom effects are important. http://scitation.aip.org/content/asa/journal/jasa/35/4/10.1121/1.1918531

308 million year old tropical forest in the arctic A recent study published in the journal Geology shared some surprising findings: the icy landscape of Svalbard, Norway was once home to an ancient tropical forest. A group of researchers from Cardiff University found fossilized tree stumps belonging to lycopsids, a tropical tree, during the course of field work in the area. http://inhabitat.com/scientists-discover-308-million-year-old-tropical-forest-in-the-arctic/

Killer whales make waves to hunt seals A BBC film crew has captured footage of killer whales working together to create waves to wash their vulnerable prey into the water. The predators targeted a weddell seal that was resting on a small ice floe, sweeping it off the ice to where they could attack it. Scientists who worked with the film crew said the footage revealed new insights into killer whale ecology. The team filmed the sequence for the BBC documentary Frozen Planet http://www.bbc.co.uk/nature/15308790

You might not be able to see them, but microplastics are in the water—and our seafood: [1]